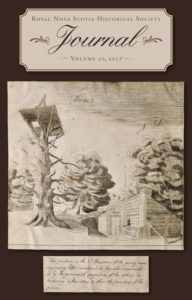 Mi’kmaw Politicism and the Origins of the Micmac Community Development Program, 1899–1957

“after planting their few potatoes they wander about the Island”:
The Mi’kmaq and British Agricultural Policies in Nineteenth-Century Nova Scotia

David Sutherland, with assistance from Judith Fingard and David States

Note: a data file listing the 332 petitioners, along with identifying detail, may be accessed via this link: https://rnshs.ca/extracontent.
Access credentials required to open the file are printed in Vol. 20 of the Journal.

The Taint of Witchcraft, from Salem Massachusetts to Yarmouth Nova Scotia